Posted at 09:49h in Uncategorized by admin

The White House has made it a point to urge girls to get involved in math, science and engineering.

In 2013, President Obama said, “We’ve got half the population that is way underrepresented in those fields and that means that we’ve got a whole bunch of talent … not being encouraged the way they need to.”

Despite that, KC STEM Alliance director Laura Loyacono says that females are actually a shrinking percentage of the computer science workforce.

So in an effort to get girls interested in high-tech careers, KC STEM Alliance put together an App Camp last week with one basic rule — no boys allowed. 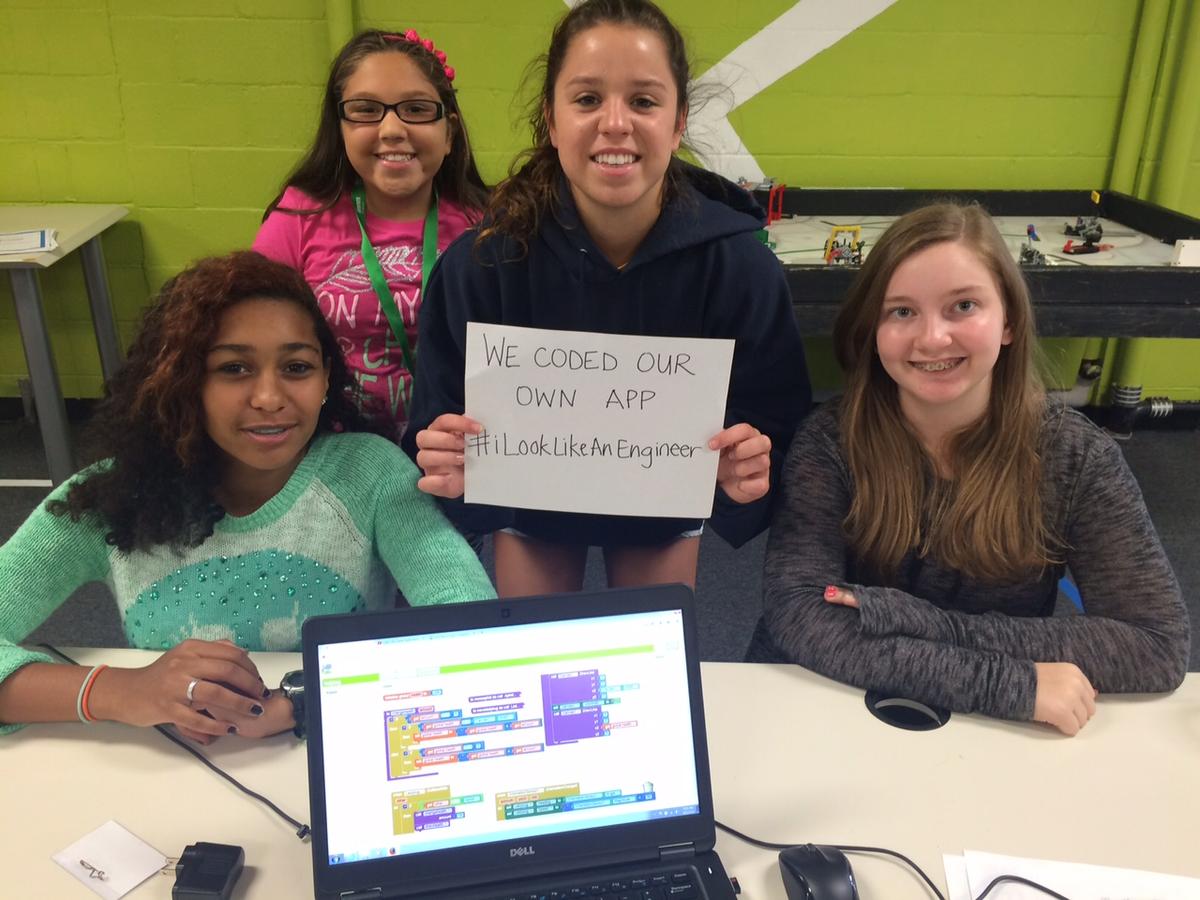 Girls worked in teams to program applications for Android phones and heard from professional women programmers from around the metro.

The camp, which took place Aug. 3-7, taught girls application development and programming. At the end of the week, the girls presented their own fully-developed apps to a panel of professional judges.

“There’s lots of opportunities for coding camps all across Kansas City for boys and girls … We [wanted to] cater to the interests and needs of girls,” she told Brian Ellison on Up To Date.

That’s because girls relate differently to math and engineering than boys.

“Our research shows us that girls are more motivated by people and mentors,” she said.

Loyacono said boys are more motivated by objects or games.

Kylie, one of the campers, said her interest in STEM came from her older brother.

“I heard from my brother that engineering was really fun. He just went into the engineering program at Olathe Northwest and when he was walking around the classes he said how awesome it was and how much fun he was going to have this year,” she said.

Besides learning programming and coding skills, participants heard from professional women coders who mentored them throughout the week and showed them how they got into the field.

“I loved how I was able to learn with other girls, and that we were interested in similar things,” Johnson said.

Although at 12, Emma isn’t quite sure what she wasn’t to do when she grows up, she isn’t ruling out something in the STEM field.

This was the third year of Girls App Camp and next year, KC STEM Alliance hopes to launch an advanced camp as well.

Story by Lisa Rodriguez, KCUR Up to Date