Eighteen middle school students from Emmanuel Family & Child Development Center’s summer program discovered what it takes to build and program a robot in just five days during a FIRST ® (For Inspiration and Recognition of Science and Technology) Tech Challenge robotics camp this summer. 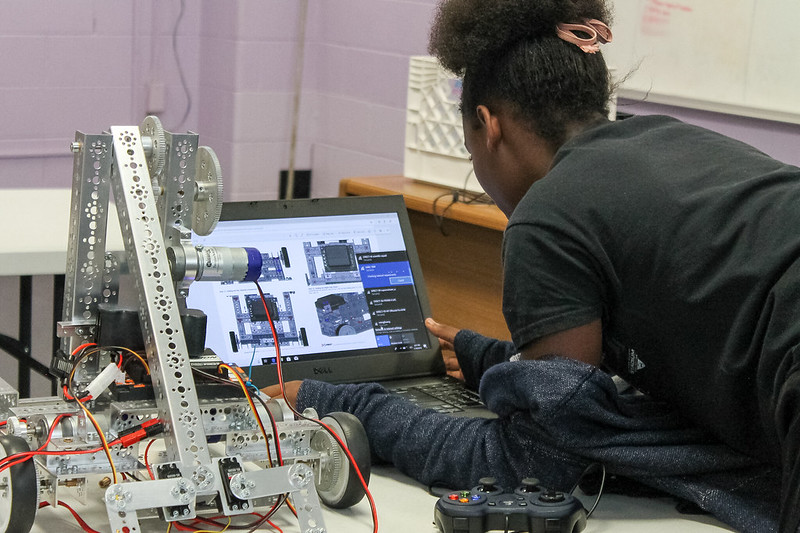 The camp was one of four organized by KC STEM Alliance with funding from the Argosy Foundation. The other camps took place at Center Middle School in the Center School District, Central Middle School in Kansas City Missouri Public School District and at Kansas City Kansas Community College in partnership with KCK Public Schools and Black & Veatch’s GrowSTEM initiative with Sporting KC. The goal? To help build support for expansion of robotics in urban school districts while engaging students in all of the hands-on opportunities FIRST provides. 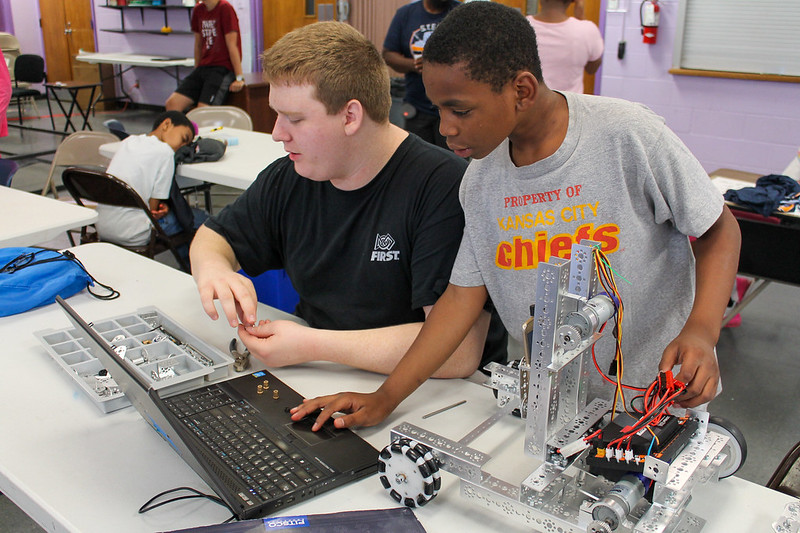 The five-day camp was developed by FIRST AmeriCorps VISTAs serving the greater Kansas City community using components from FIRST Tech Challenge, the program for middle and high school students. Guided by mentors, campers develop STEM skills and practice engineering principles as they design, build and program their robots to prepare for a competition on the final day of camp. Along the way, they begin to see the value of hard work, innovation and working as a team. 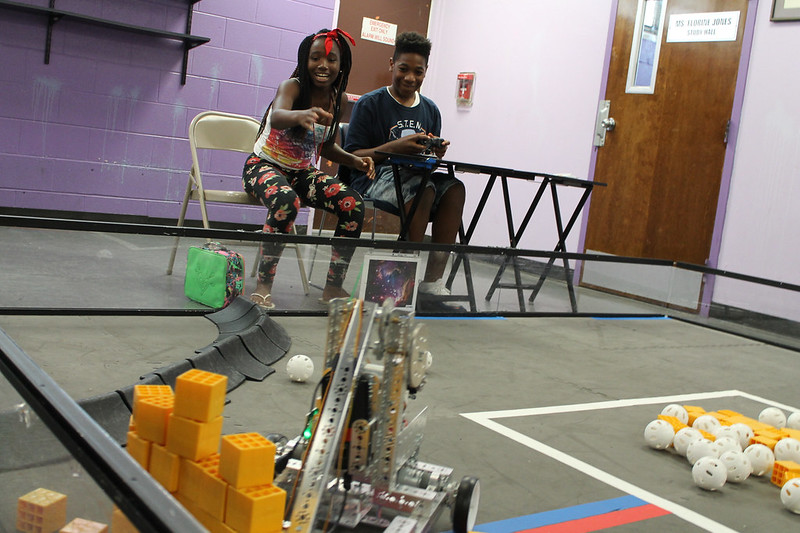 That feeling when the robot you worked on all week does its thing!

KC STEM Alliance Executive Director Martha McCabe says her hope is that these summer experiences will help Kansas City Public Schools grow the number of robotics teams in the district over the next school year, making STEM learning more accessible to all students.